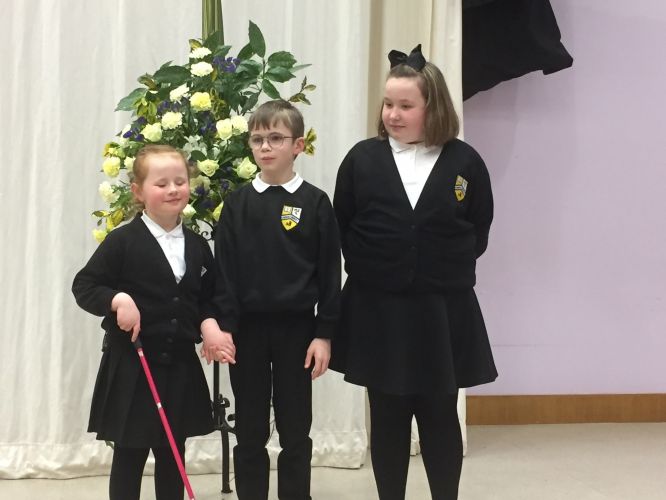 Many congratulations to our Public Speaking Team, Evie, William and Eve for their wonderful performance yesterday evening at the Rotary Club of Douglas Competition held at Marown School. With seven other schools competing, the standard this year was higher than ever. Schools chose a wide range of topics which included authors, favourite foods, sporting opportunities as well as controversial topics such as American politics and why a particular school needs to have grass in their school grounds.

Our team's chosen topic was all about the Braille system, expertly written and delivered by Evie in Year 3. The speech was both informative and entertaining and Evie handled the judges question really well, talking about some of the difficulties of learning Braille but how her resilience kept her going and she mentioned how learning Braille has enabled her to enjoy wonderful books including Harry Potter and Charlie and the Chocolate Factory.

William's role of Chair was confidently executed and his support for Evie throughout earned him a special award from the judges. Eve's command of providing the vote of thanks was also delivered with professionalism and confidence.

The team were a credit to themselves and our school. Well done!