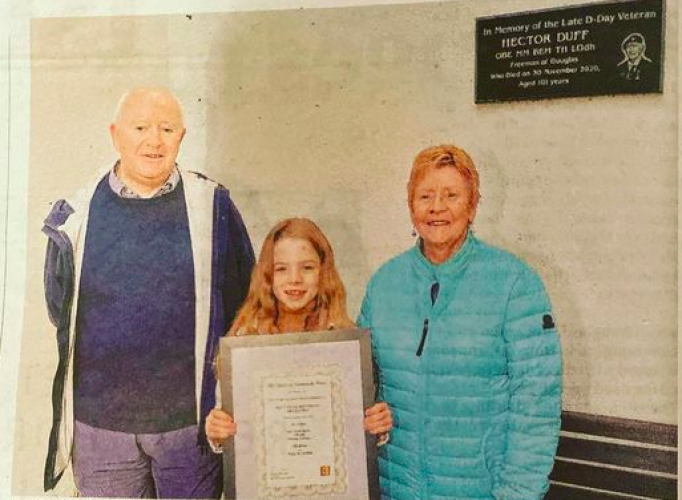 Congratulations to Year 5 pupil Ella who has won the Hector Duff award in the young historian competition. This is an annual competition organised by the Spirit of Normandy Trust and Historical Association and is open to all pupils across the UK.

In addition to her school work on World War 1, Ella had been researching her own war heroes in her family. After working hard at home, she found out about her Great-Grandfathers Thomas Hague, William Brown and Herbert Corkish. She discovered that Thomas and William were both soldiers in World War 2. They became veterans of Normandy. Ella's research revealed Herbert was a farmer.

To present Ella's award, Hector's son and daughter-in-law were at Hector's memorial plaque in Douglas.

Thank you to Ella and her family for sharing this wonderful research and honouring their war heroes in passing on their stories to the next generation, in the spirit of the award.